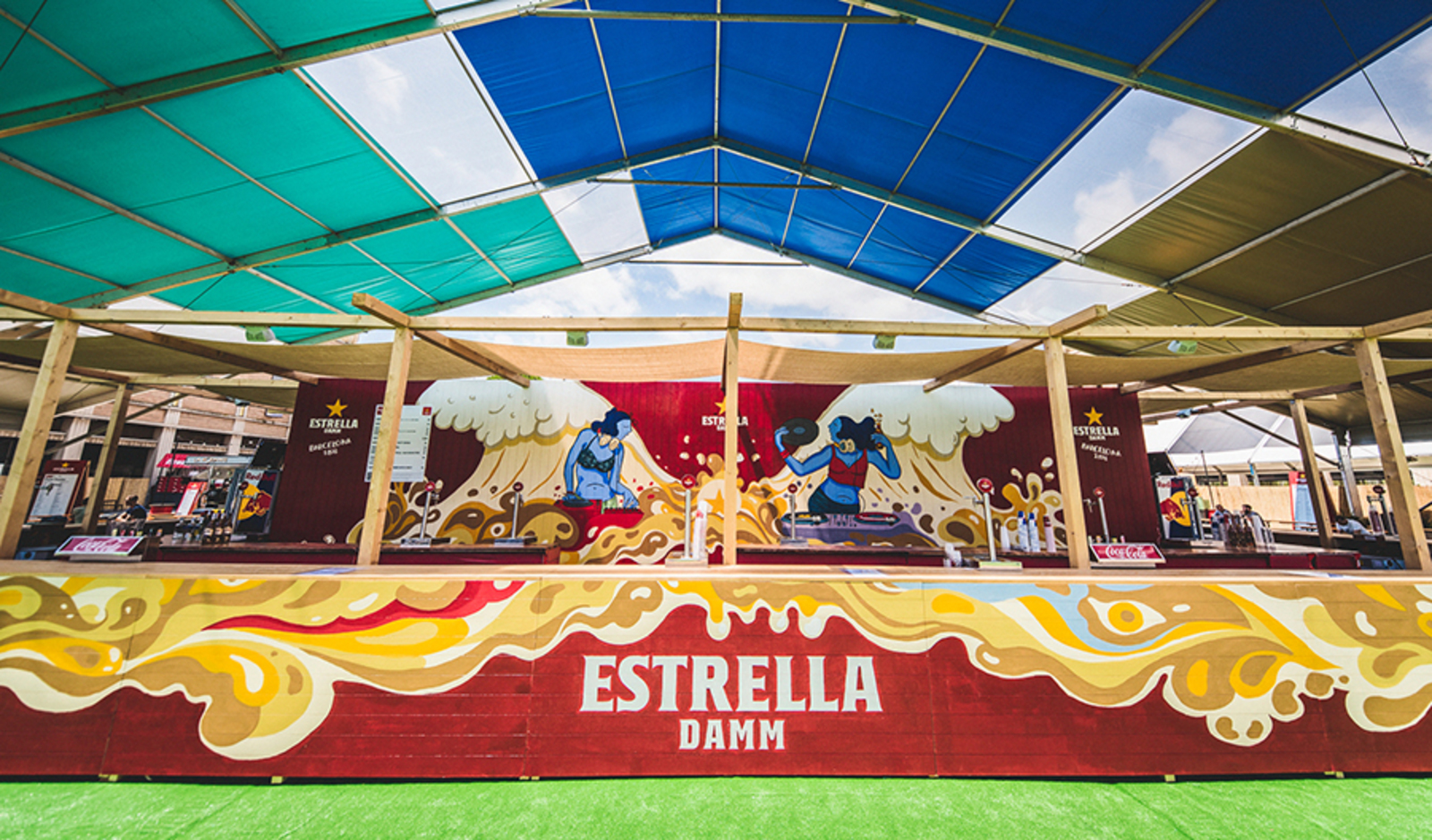 During the festival, Sónars’ sponsors will be performing several actions and activities throughout the festival site. Read on to find out more.

Once again, Estrella Damm will participate in Barcelona’s biggest celebration of advanced music and electronic culture. They’ll be at SonarVillage by Estrella Damm, serving their Mediterranean beer from bars designed by the artist Marc Jesús

In addition to designing the official bag of Sónar 2019 and presenting the show by Aleesha (Friday 16:00 at SonarXS),  Desigual wants to free the artist we all carry within, with interactive experiences that will awaken the creativity of those attending Sónar. Artist Claudia Sahuquillo will be leaving the canvas behind with live body painting, Onionlab will create interactive artistic worlds at Sonar+D, and Suco Sessions will be celebrating freedom of expression and movement so that we can connect with ourselves and with those around us.

Sonar360º by Mediapro is a space dedicated to fulldome audiovisual experience. The pieces presented within the dome are all immersive experiences of the highest order, surrounding the audience in 360º image and sound.

Once again Sangre de Toro will be at Sónar, accompanying great music with a good glass of wine, served at their special wine bar. The perfect place to experience the festival and enjoy a Sangre de Toro wine.

This year, Durex lands at Sónar 2019 to ensure that the public lives an unforgettable festival and fulfill a mission: to liberate good sex. And for Durex, good sex is equal to safe sex. For this reason, at their stand they will explain how we can protect ourselves against sexually transmitted diseases (STDs), and they will also raffle VIP passes and many other prizes.

In the Royal Bliss spaces the public of Sónar will be able to taste a selection of Premium mixed drinks created specially for the occasion. Unique recipes created to enjoy Sónar by Day  and Sónar by Night with the best flavor.

SEAT joins Sónar and Sonar+D as its innovation partner with the aim of bringing the public into contact with innovations in the field of knowledge. MasterClasses by SEAT is a new concept in experiential learning in which the best international talent will share specialised knowledge and tools for the professional future of the attendees. In addition, SEAT present the Lost&Sound app, an innovative way of finding friends within the festival through augmented reality.

Pioneer DJ is proud to have been Sónar's official technology partner since its first edition in 1994. The Pioneer DJ Demo is already a classic of Sónar and Sónar+D. This year the Toraiz Squid sequencer will be presented by the London duo Dark Sky, whose trajectory includes releases on labels such as Mister Saturday Night, Tectonic and 50Weapons, and remixes for artists such as The XX and Kelis, among many others.

Absolut will once again take part in Sónar Barcelona, a festival with which it shares its vision of the world. Absolut presents the campaign "We are a new world", with new identities, genres, dedications, commitments, causes and a new philosophy, starring four real people, who will be at the festival at Sónar by Day and Sónar by Night, and who festival goers are encouraged to meet. In addition, Absolut and Sónar+D join forces to bring to life "SonarSpoiler by Absolut", an artistic installation of immersive image and sound in which those attending the festival will be able to witness a new edition, without dialogue, and with a new plot, of "Je te tiens", the short film and image of the festival, written and directed by Sergio Caballero.

Calvin Klein Underwear, official partner of Sónar 2019, is the underwear line of CALVIN KLEIN, a global lifestyle brand that conveys progressive and daring ideals with a seductive and minimal aesthetics. It is known all over the world for its products and its provocative and avant-garde marketing campaigns. For this edition, CALVIN KLEIN UNDERWEAR has created a brand space inspired by its latest campaign #MYCALVINS.