Eric Prydz in conversation with Sónar: “The best thing about doing something you love, is sharing it with someone who loves it too” 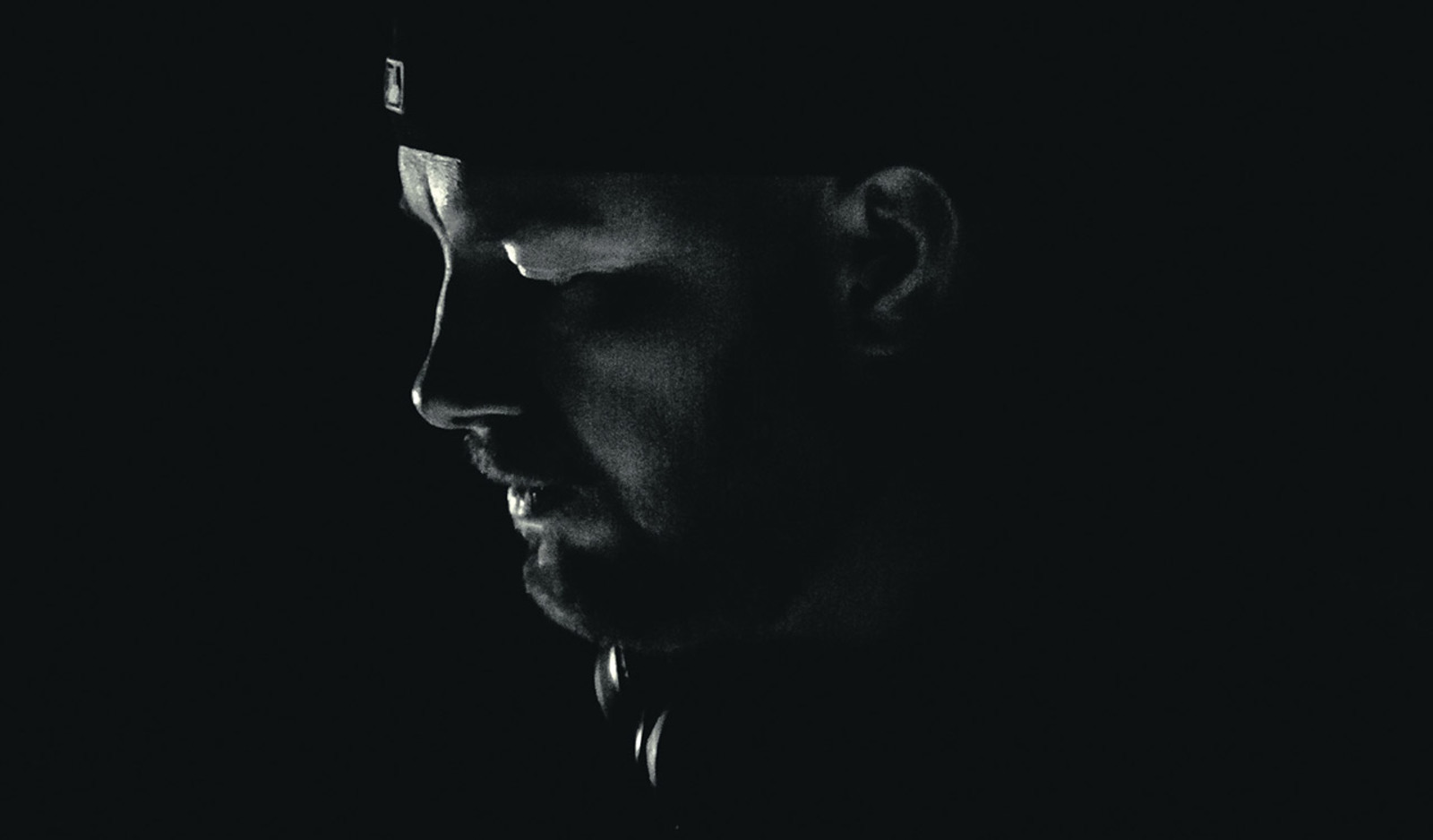 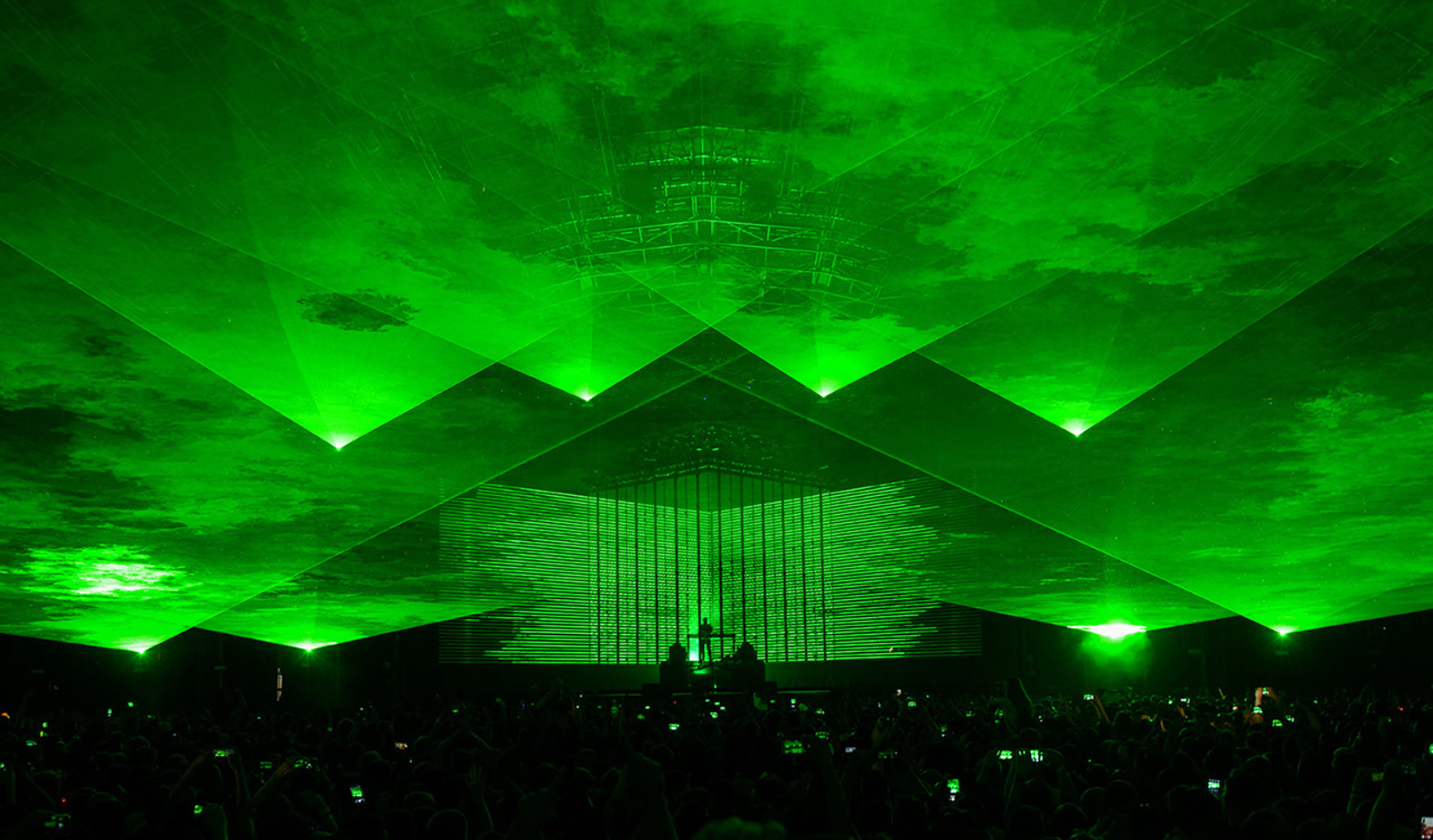 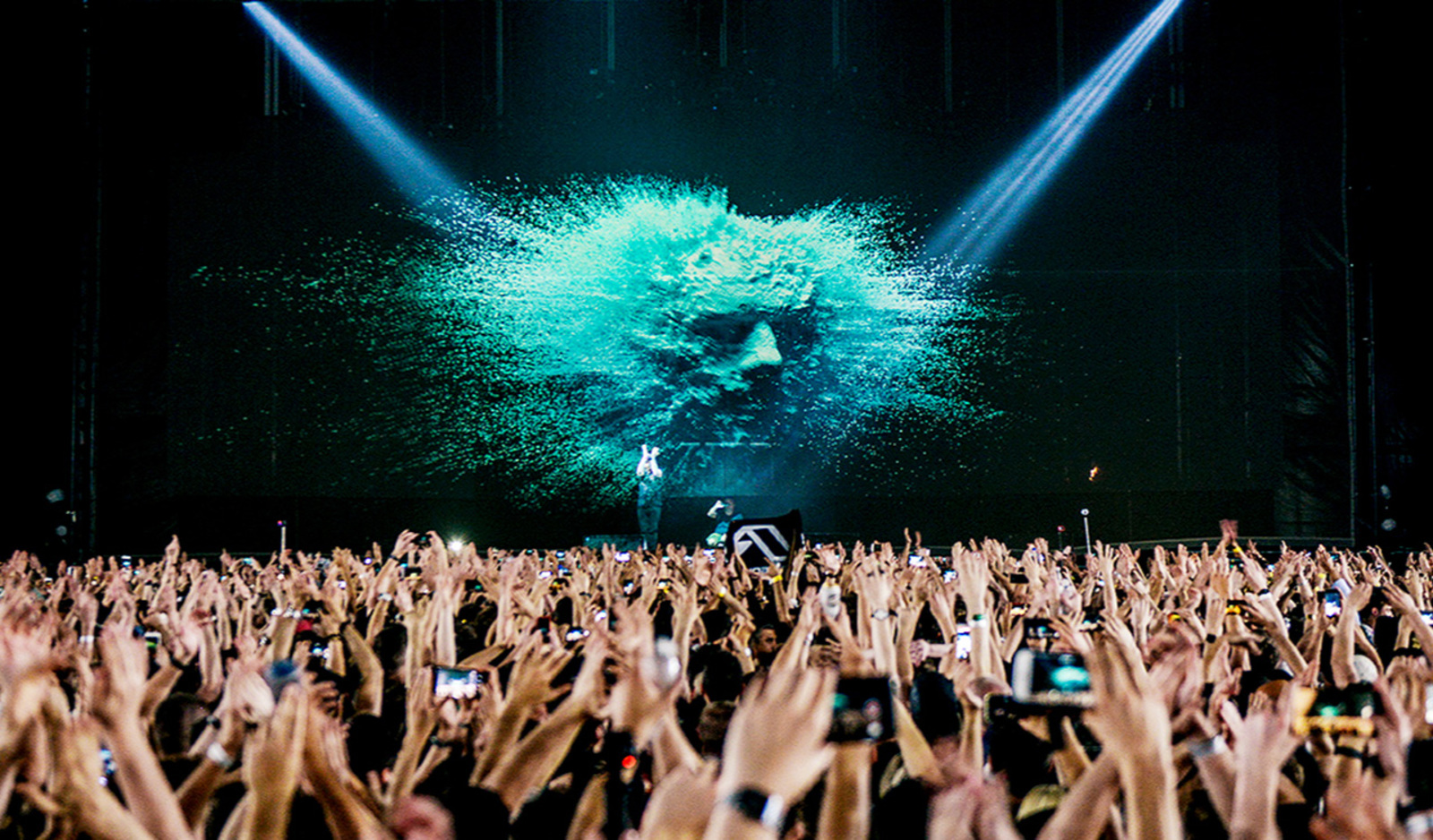 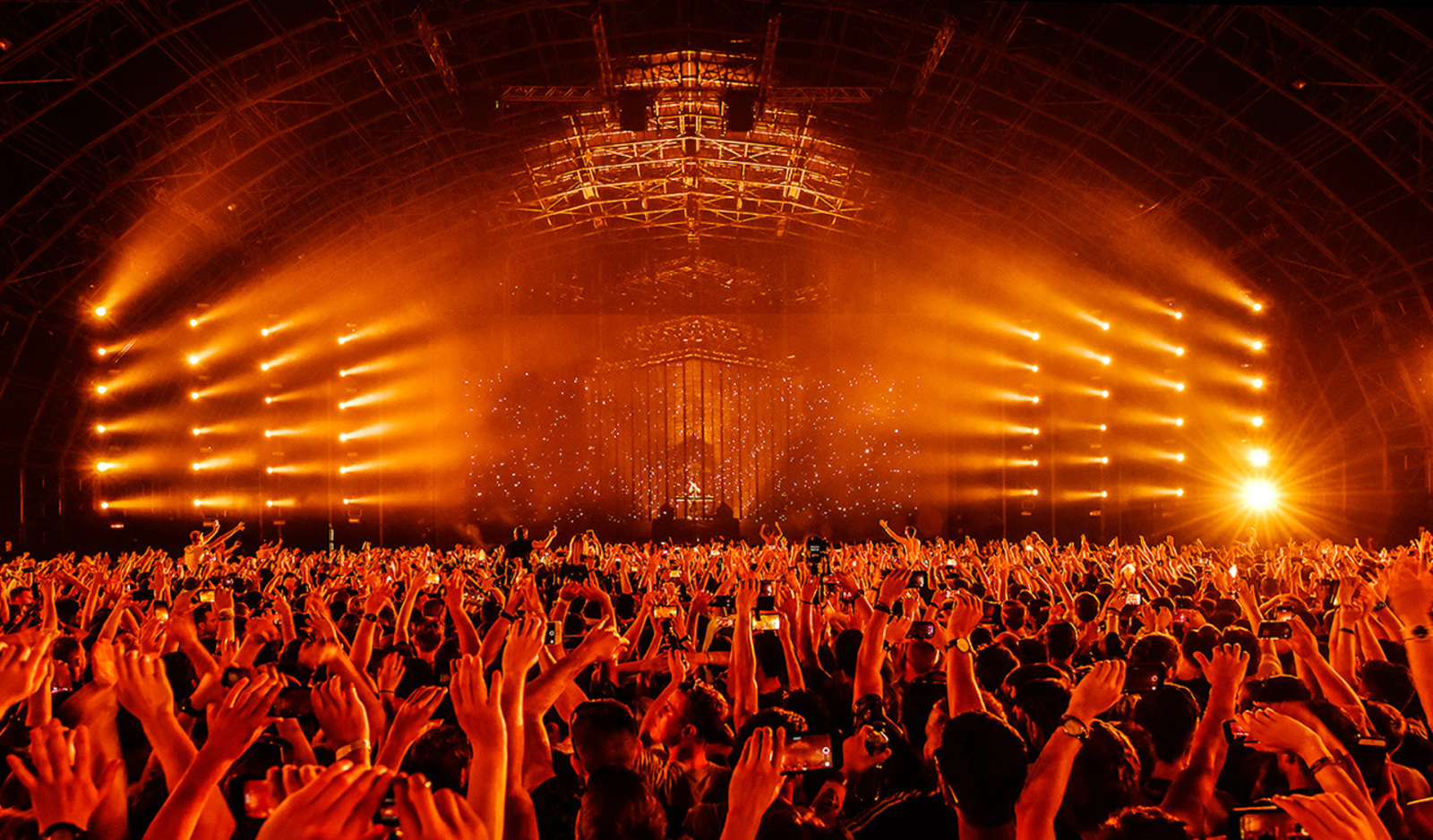 Few producers have been able to navigate the undercurrents and eddies of today's electronic music scene with as much skill and success as Eric Prydz. The LA based musician, came up as a key member of the Swedish house and Techno scene in the mid to late 90's and scored a massive international hit with 'Call On Me' before pursuing his own unique vision for progressive electronic music with his EPIC live shows and releases on his own Pryda label. With one foot in the underground and the other in the stratosphere, the DJ and producer was the perfect artist to sit down with Sónar for a rare interview about technology, music and creativity, prior to his set at SonarClub on Saturday 17th June.


Hi Eric, first of all thanks for offering to do this, I know you don't do much press.

My pleasure. I think if you have something specific to promote you have to sit down and talk about it, otherwise I never really see the point. People say like 'so Eric is it true you don't like flying?' I've kind of heard that for the last 15 years, so shall we talk about something else or shall we just leave it there, you know? I make music, the music should be what's out there representing me, I shouldn't have to be talking about how good it is all the time. Maybe it's just me, but I like being in the background.


So are your shows a reflection of that? A way of reaching people directly and sidestepping the media machine?

I think for me personally it's how I think things should be done. I grew up with heroes like Jeff Mills, and Dave Clarke and Surgeon, and the whole Swedish techno scene with Adam Bayer, Jesper Dahlbäck and all these guys, and they were all kind of anonymous. It was always about the music, and there was this mystery which I love. You know, focus on the music don't focus on anything else. And the live show, like with EPIC does just that. It puts the focus on the music and the visuals together with the music, and I kind of become ... I'm there controlling everything but people aren't looking at me, they're looking at what I want them to see, which is my art.


You're perhaps best known for your large scale stadium shows and festival sets. Was that always your plan?

Well it's not really something you pick and choose, it's something that's given to you in terms of, you make something that people are willing to come and listen to. So it's been an option more than a choice. When we started doing EPIC, Eric Prydz in Concert, it was with that sort of thing in mind. We looked at what was in the market at the time and everyone was doing the LED wall, and the confetti cannons and the CO2 cannon, and fireworks... and we just wanted to do something that was super technological and would go hand in hand with the music.


Was that the point where you became interested in incorporating tech into the AV show or has it always been there?

I think it started when I started to play slightly big festivals in the UK and I became more interested in the visual aspect. But it's really something that's just grown. What it is for me is really diving deep into the technology and thinking 'What can we use it for? Can we use it to do something that has never been done before? There's so much cool stuff you can do. A human has all of these senses, and you want to kind of stimulate as many of them as possible. I find it super fascinating.

An important theme for Sónar+D this year is Virtual Reality. So far your use of technology has been in the live arena, but are you also interested in expanding into a virtual world?


Is this something we can expect in the near future?

We've been looking into it for quite some time actually, but even though the technology has come very far in terms of what we can do with it, I think we're just scratching at the surface in terms of the possibilities.


Of course, with VR you lose the live element, the idea of people being physically together. Is that something you would miss?

Well that's the thing. You can create literally anything, but you end up taking away what for me is the most important thing - gathering with similar minded people that all love the same thing you do, coming together in the same spot and enjoying it together. That's what a festival is about, and with this technology you create a different experience.


You could argue that we're already existing in a virtual space, even when we're at shows, using our phones or posting on facebook. Does that bother you at all?

It's basically what humans want. They want to share that experience with others. Some people hate it, you see it a lot in the Youtube comments, but I think someone who's filming a show on their phone is enjoying the moment. They're just trying to capture it at the same time. I don't think they're disconnecting themselves...

They're connecting themselves to a wider world

Exactly. Think about a guy who's active on a few music forums and gets to go to the show. Of course he's going to want to share that with his friends around the world who can't be there. So for him, the Internet actually enhances the experience.


Where do you see the future of live music going?

I don't know. I think a lot of people are going to try the virtual reality thing out... but it's always going to come back to the core of it, which is 'I like this music, you like this music, lets see this together'. The best thing about doing something you love, is sharing it with someone who loves it too. You can't take that away. I do think people are going to keep pushing the envelope in terms of the technologically possible.

At the same time, although we've been talking about the hi-tech shows, I also love the other side, doing small club tours for 600, 700 people where it's just a smoke machine, one light on me and maybe a strobe. As much as I love the technology thing, I also love the dirty, gritty, back to basics thing where you just have human interaction, music and Boom, that's it.


So what do you have in store for Sónar?

We'll I've seen a few comments asking if it's going to be EPIC 5.0, and no it's not going to be EPIC. It's just too big, literally the size of 10 Jumbo jets, and we need at least 5 days to set it up. But what we've developed for festivals, and especially for Sónar which we're really excited about playing, is a slimmed down, version that adapts to a stage. We've been tuning it all year and i'm really looking forward to Sónar seeing it. There'll definitely be some wild moments.

The thing I love about Sónar is that it's all about the music. It's not like some EDM festival in America and it's always been like that. People who go to Sónar have a genuine interest in music. The reason that it's been going so long and is still successful now is that it's a celebration of music, and real music, and I'm really happy to finally able to come and perform. Also the line up is so good! So as an artist but also as a punter, I can't wait to come out and check out all these amazing producers and DJs.