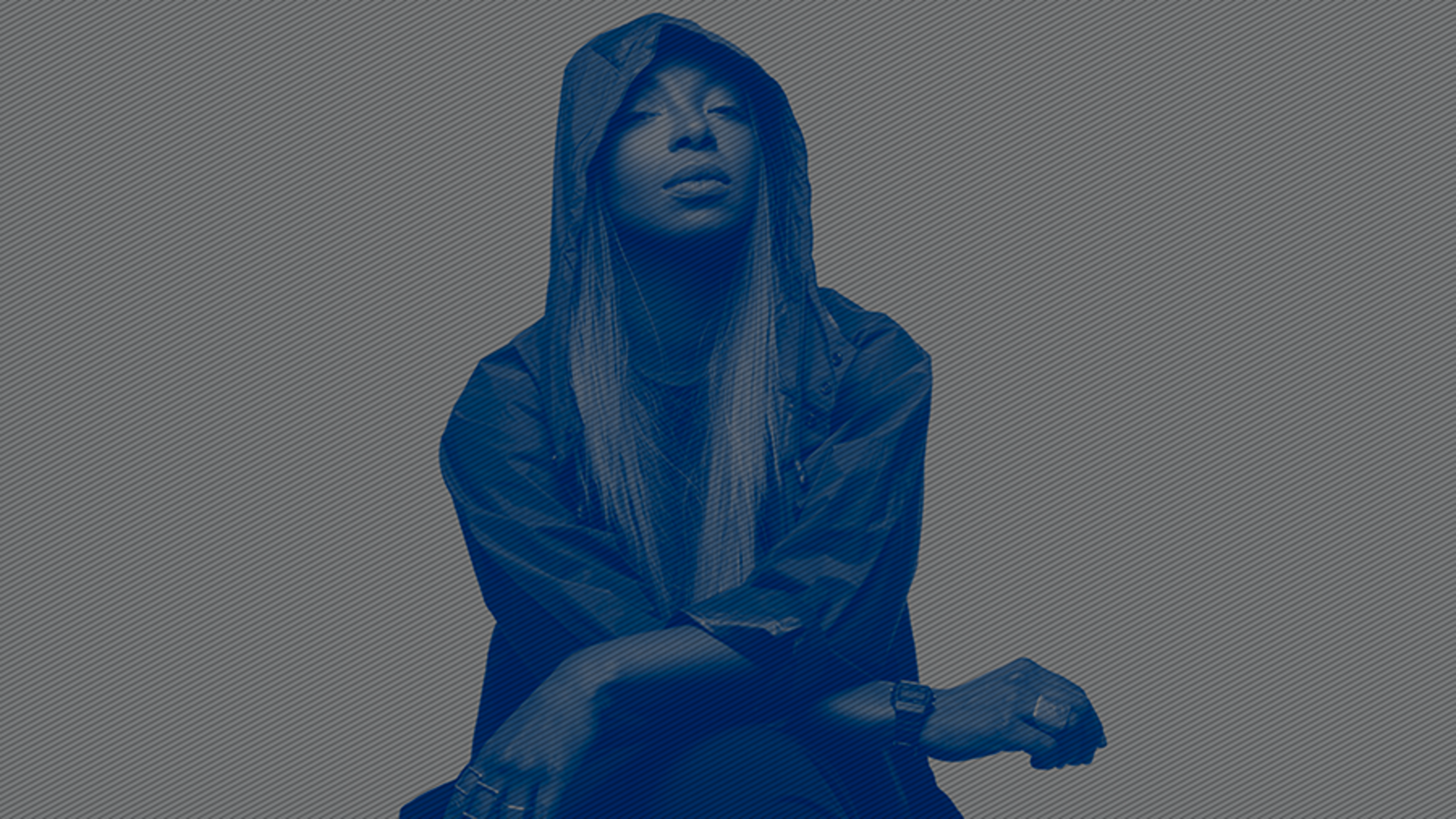 While Henrietta Smith-Rolla is still in the early days of her career as Afrodeutsche, her full length LP on Skam "Break Before Make", is a self contained sonic universe that speaks both to her African heritage, and her many previous creative endeavours and collaborations.

Both reflective and enthusiastic in person, in this interview she opens up about her past, present, and near future that includes a show at SonarXS on Thursday 18th July. She also sheds some light on her selections for her exclusive Sounds of Sónar mix, which you can listen to here.


To what extent do you think that your ancestors and the different cultures from which you come from have influenced your sound?

Very big question... My name, Afrodeutsche, it comes from me looking for my dad. I found out that he was in Germany in the late 60s, and that his father - so my grandfather - was actually a composer in Ghana. So, I can't really explain what's exactly the influence, but of course it has a lot to do with me and what I'm doing. Also, I make electronic music that feels very much connected with Detroit techno, which is connected with hip hop and African culture. So there's a direct link there, a heritage. Yeah, definitely.


Is the issue of identity important to you? Do you feel you belong more from one place than another?

Identity lately has become something really important to me. I think is something that everyone in the planet is now more focused on, searching for and sort of having a connection to. I never met my dad, never knew his name until a few years ago. It's been a journey, and now I feel I can translate this into my music. This is how it's working for me, and I know other people have gone through the same. So music is the translator of that journey, that search, that pain, that loss. I was born in the UK, so I am British. But I don't know how I could ever define what it is to be British. Or to be British, black and have African heritage and German heritage. It's difficult.


Could we say then that your music is your identity?

Yeah, absolutely. I am that music, it is me. I feel very lucky that I've found this art to translate myself. It's very very personal.


You have been in jazz and synth pop bands, you've played in Ibiza and collaborated with Graham Massey of 808 State, among many other adventures. What have you learned from participating in so many different projects?

Oh gosh, so much... The main thing I've learned... what would that be? You know, gigging is a very scary thing to do. I do really like being alone, and I don't like being seen (laughs). So I've learned to be brave and to be on stage, and also to be heard. These collaborations have built somehow a confidence and an energy to perform, to write, to sing, arranging music, and learning to play drums and synths and all kind of drum machines. I've been in a situation where I've had artists and musicians around me nurturing all the time, and I feel very lucky for that.


How do you feel about your live set at Sónar in July?

I'm sooo excited. I can't tell you how excited I am. I think my first time there was in 2003, and I'm overwhelmed that years later I will have the opportunity to play. So I've got lots of things for that show, I want it to be really special.


Are you making some new music specially for the occasion?

Yes! I've already done some new stuff, and I'm thinking about incorporating also new visuals. New drums patterns, new sounds... Just to make it really special, cause I feel really blessed that I've been asked to do this.


So you only been once in the festival then...

Oh no, it's been four times. I remember the first time I went that I thought "how beautiful and sunny is during the day!"... and how you just can float around, and enjoy so many soundclashes, you can feel really involved... and then when the nightime comes, it's just amazing being there, surrounded by thousand of people... and the sound is so good... i remember seeing Björk and losing my shit (laughs).


Tell us how you ended up releasing your first record on such a legendary label as Skam...

I went to a rehearsal studio in Manchester, and there was a party downstairs. I was playing with some friends and we saw that people starting migrating there, so we went down. I was there chatting, just having a good time, and then a friend says to me, "hey why don't you put one of your tracks", and I said NO! I don't want nobody to hear it yet. But he basically forced me to do it, so I finally did, but pretending it wasn't mine. And afterwards this guy comes to me and just says: "oh was that yours?" and I said "yeah". And that was it. Then he left, and my friend said to me: "You know who that was?", and i said: "No idea". And he said: "Andy Maddocks from Skam". I felt a bit embarrassed cause I didn't recognize him. But then, a few weeks later, he called me saying that he liked what he heard, and he wanted to hear some more of my stuff. And, finally, if I wanted to release a record it with them. Of course, I said YES. It was an insanely lucky move, a magical thing, because it's kind of my dream label.


Your music fits quite well in their catalog: it has this simplicity but at the same time a great depth. Which is the secret to that?  Maybe the choice of sounds? The progressions of chords? The structure?

Honestly, I really think it is about... well, this is going to sound really cheesy... it is about feeling what is going on with myself at that point. Everything I make is deeply personal, and I guess it translates in a kind of emotional way. I write music for documentaries and films and I play piano, so a lot of melodic part comes from that part of my brain. I also like to repeat some chords and patterns and make tiny little changes into them... I had a lot of pain in my life, like a lot of people, and I'm very dark with my music.

Oh, yes, I'm kind of optimistic (laughs). But, you know, sometimes I sit down and say to myself, "ok let's try to do something bright and happy", but it feels impossible to me to do that. At the end of the day I am very lucky that I have music as a way of processing all my shit (laughs).


What can you tell us about the mix that you've done for us?

I realized that it has a lot to do with singularity. And with the future. And love. With this whole identity thing I've realized I've been looking back to my teenage years and the stuff I was listening to then. So there's quite a lot of beats in there which are reminiscent of those sounds and that time I was starting to partying and going out. Rave music, jungle, hardcore stuff. So it's a looking back thing, but also it's about the future, with some unreleased stuff from people that I really love. It's a wonky thing.