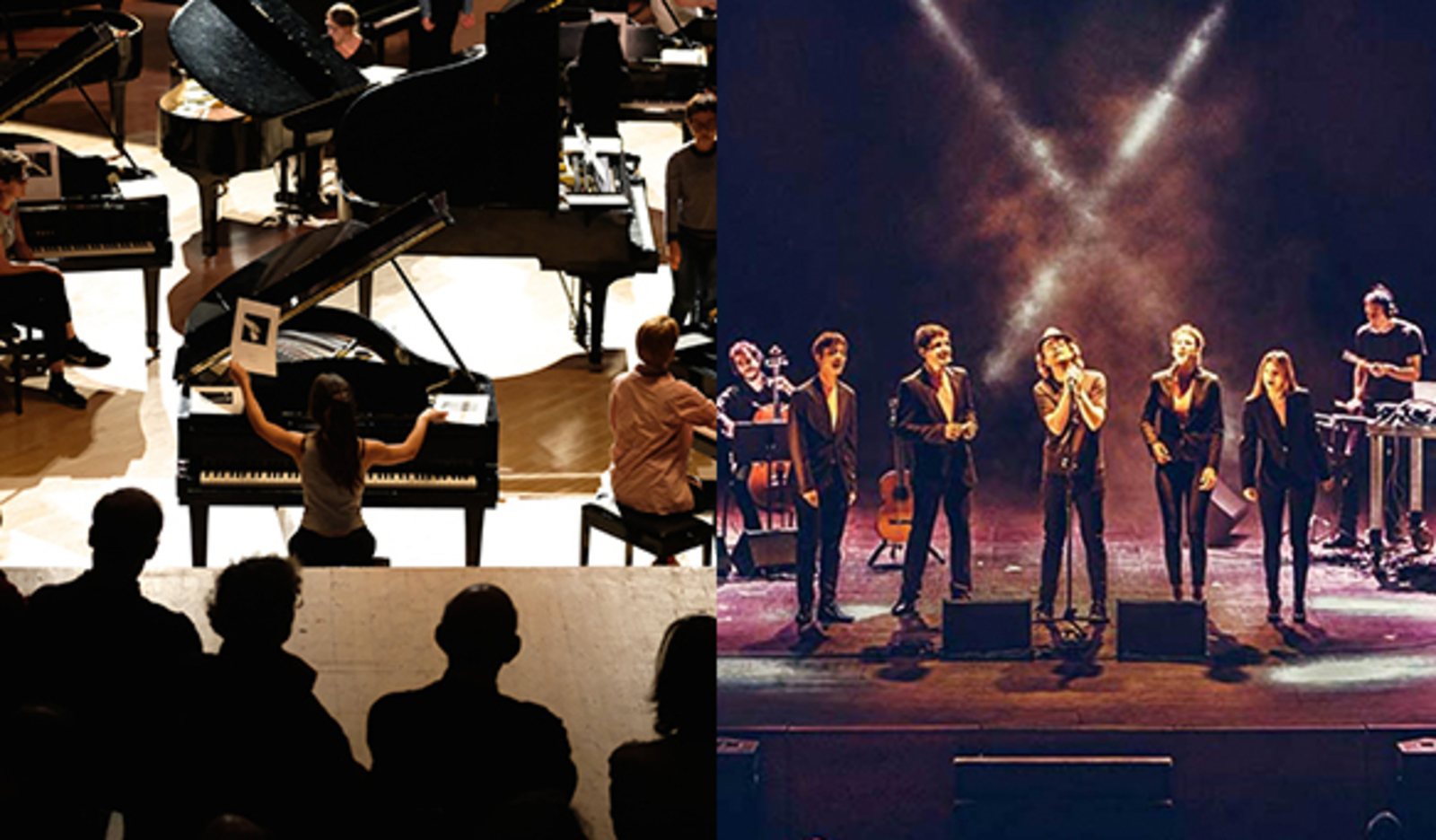 During the festival this year Sónar's program expands throughout the city, with three special shows taking place in three of the city's most iconic venues.

The dramatic turn that the United Kingdom has taken after the Brexit vote is the driving force behind the new project by the brilliant Matthew Herbert, in which around a thousand musicians from different European Union countries have participated and which has crystallised in two directions: the album "The State Between Us" and a series of concerts with his new orchestra, the Brexit Big Band, with which he will perform on Sunday 21st July at the Teatre Grec and which will be the special closing concert of Sónar 2019. In addition to Herbert and the new Europeanist orchestra, the members of the Cor Pilot de l'ESMUC (Escola Superior de Música de Catalunya), made up of 50 voices, will also join the show.

Sónar+D helps to bring Christian Marclay's most recent work, "Investigations", which reflects the Swiss-American creator's interest in photography and the non-traditional use of classical instruments, to the stage. A live performance of one of Marclay's unique visual scores - made up of 100 images of hands playing the piano -  10 pianists will decipher the sound corresponding to the moment in which each photograph was shot. Some of the pianists confirmed for the 19th are Carles Viarnès, Haize Lizarazu, Philippe Thomas and Steve Beresford. The concert is part of the activities around the exhibition "Compositions", which can be visited at MACBA until 24 September.

The life and work of the Russian musician Leon Theremin has long called out for a musical treatment and it's finally here in the form of a collaboration between two groups of musicians of very different stripes. The long running electronic-pop group The Pinker Tones and the string ensemble Quartet Brossa have teamed up to bring the story of the inventor to life, long after his death. The show, titled simply "Leon", narrates the surprisingly exciting life of this historical figure, born in St. Petersburg in 1896 by way of numerous musical nods to the 20th century artists  who were influenced by his singular creation. The premiere of Leon at Sónar is also linked to the theremin workshop that Salva Rey of The Pinker Tones and Jairo Moreno will impart at Sónar+D.


*Due to the limited capacity of the venues, this concerts require separate tickets to attend.