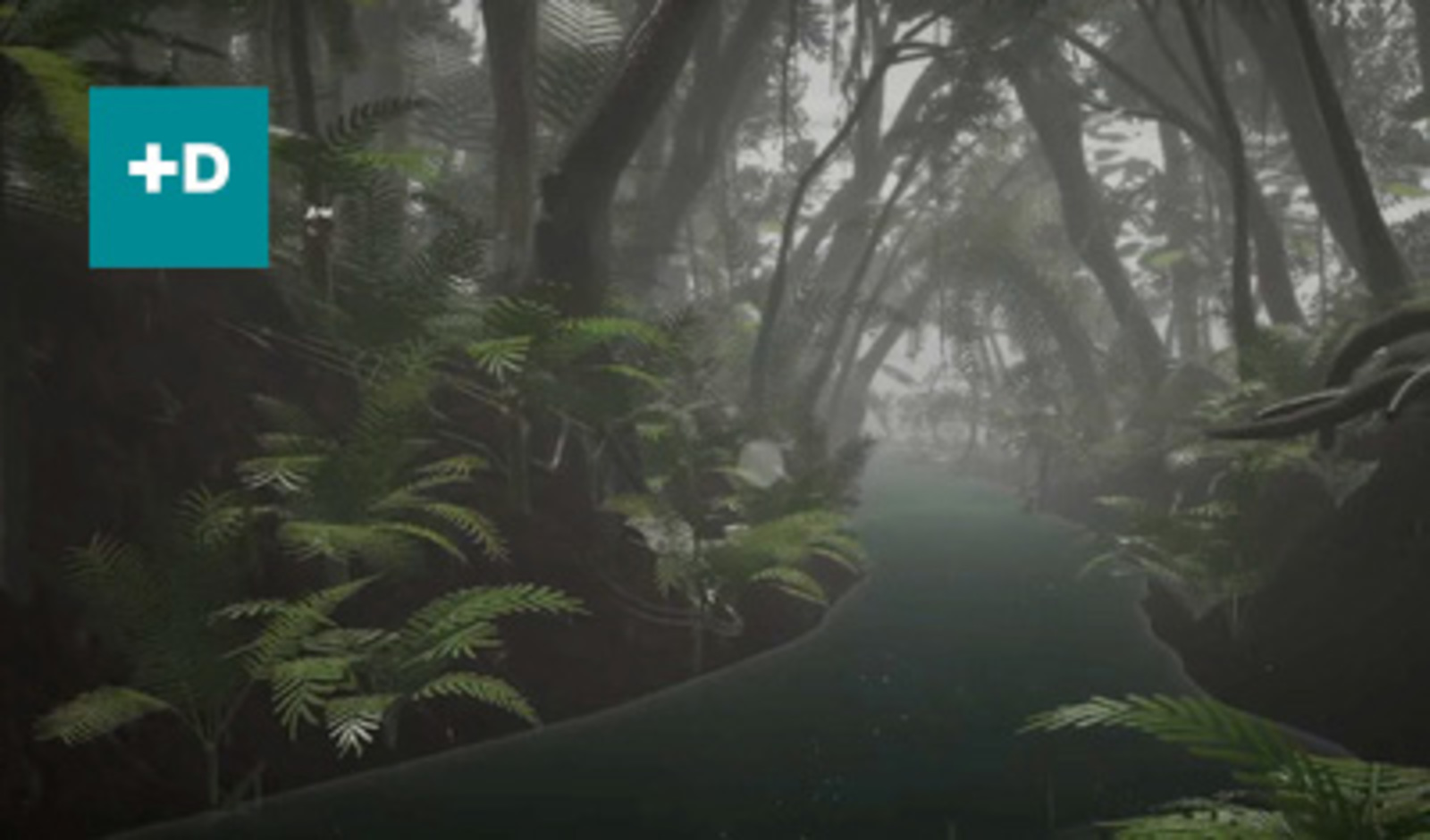 ‘Gondwana’ by Ben Joseph Andrews explores the world’s oldest rainforest, the Daintree. An immersive experience that contracts 100 years of climate data into 7 hours, with the environment degenerating in line with climate projections. The catch: the longer the audience spends in Gondwana, the more resilient the rainforest becomes. A meditation on time, change and loss in irreplaceable ecosystems.

‘Liminal Lands’ by Jacob Kudsk Steensen was created over a year the artist spent working with biologists in the Camargue wetlands and the Salin de Giraud, next to Arles in the south of France. Increasingly fascinated by the world ‘under his feet’, Steensen was driven to create a virtual reality experience, recording sounds and visual elements. The result is ‘Liminal Lands’, an experience where four people can explore the algae, water, salt, bacteria and plant life of those unique ecosystems.

‘Nerd Funk’ by Ali Eslami & Mamali Shafahi, uses instagram stories as source material, inspired by personal discovery and the sound and light of techno parties and music festivals. A virtual collage of experimental aesthetics in two parts, it explores both the potential and dangers offered by new digital realities.

‘Patchxr’ by Various Artists: Immerse yourself in visual music in VR with PatchXR. Headsets with the latest PatchWorld and 3 “EPs” - music releases for the metaverse, with dream-like interactive visuals and sound - are ready to play. And for the first time in public, catch PatchStudio by Riccardo Ferri, a complete studio of synths, drum machines, effects, pattern makers, and more, all created in the world of Patch using its native tools. It’s an advanced music creation environment, with everything from a 303 for acid basslines to an advanced studio-style mixer. Meet the developers, and experience the future of music in the metaverse.

‘Planet City’ by Liam Young is a virtual reality experience based on his book of the same name, the architect and filmmaker’s vision of a city of 10 billion people which occupies just 0.02% of the Earth’s surface. The film follows a continuous festival procession, dancing through the city on a constant loop. Liam Young will also give a talk on Stage+D on Thursday 16th June.

‘Samsara’ by Hsin-Chien Huang is a virtual reality film which sees the protagonist escape the Earth following a nuclear apocalypse, in search of a new planet to live on. At each turn, they find themselves returning to the scene of destruction, in an attempt to learn the profound lesson of life.