We Are Europe presenta: 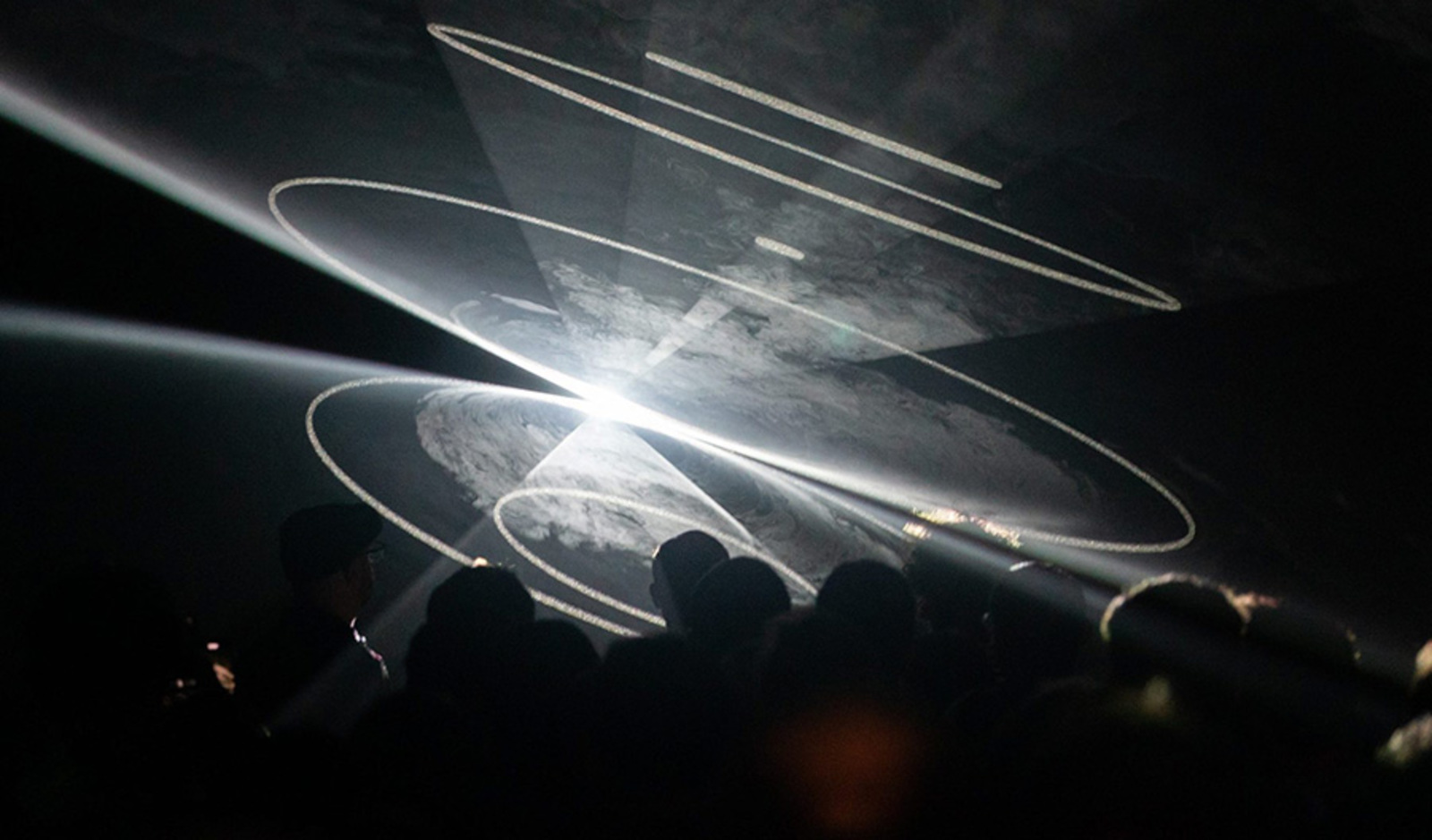 Membrane is a digital artwork that combines an audiovisual spectacle with a sonic and artistic installation. Three-dimensional creations float between the artists, trapped in a mist of smoke and a light system that reacts to the data sent by the two authors. A transparent screen of three meters captures the shadows of these holograms, connecting in a surprising way the attending public to these virtual entities that appear in the physical space. Membrane explores a space between perception and illusion using psycho-visual and psychoacoustic effects and taking its inspiration from "biosynchronicity", where biological systems synchronize with each other.

Cadie Desbiens-Desmeules and Michael Dean are two Canadian artists who work between generative processes and live shows. Their work is based on the development of a close relationship between sound and image. Starting from a minimalist aesthetic, they often use psychophysical and illusory effects to create both physical and psychological experiences. They have presented their work at festivals and art events in North America, Mexico, Europe, the Middle East and Asia.